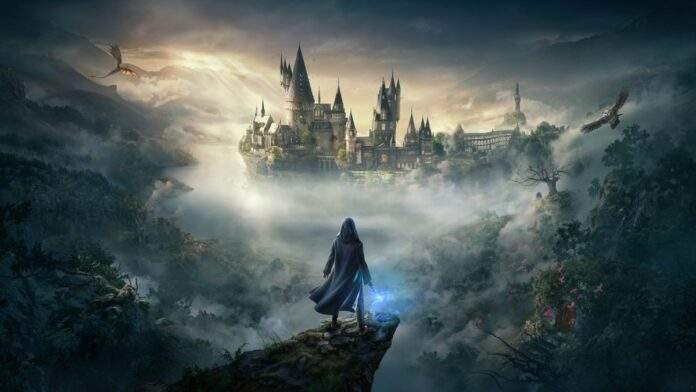 The year 2020 started with a slew if high-profile games delays. COVID-19 then struck, and the industry was thrown into a spiral through 2021. The industry continues to experience delays in 2022 as more developers begin to realize the devastating effects of the pandemic.

Here’s a complete list of all games that have been delayed since 2021. Some games have been stalled indefinitely while others have release windows and final release dates. As more information is available, we’ll keep this page updated.

Ubisoft originally planned to release Avatar: Frontiers of Pandora by 2022. However, it became clear that this ambitious project could not be completed in the given timeframe. An investor conference revealed to Ubisoft that Avatar Frontiers of Pandora was delayed from 2023 through 2024. Ubisoft says that Ubisoft is committed to creating an immersive and cutting-edge gaming experience.

Final Fantasy 16 didn’t have a release date. But, that hasn’t stopped the game developer from notifying its fans that it was delayed six months. While it’s not known when it will launch exactly, fans can expect to hear more about the project in 2022. As  expected, this delay was attributed to the pandemic.

Square Enix and Luminous Productions are still working on Forspoken, a JRPG that Square Enix is planning to release for PC and PS5. The team announced its second delay by saying that “as a consequence of continuing discussions with key partners we have made the strategic choice to move the launch date for Forspoken.” It’s almost finished, and the polishing is just beginning.

Other than the information we have gleaned from its trailer and collector’s editions we don’t really know anything about God of War Ragnarok. Did The release date was not set for 2021. Sony Santa Monica pushed it back into 2022 and finally settled on November.

WB Games revealed Hogwarts Legacy at a September 2020 Sony PS5 press conference. Although the upcoming RPG would have taken us back into the Wizarding World around 2021, WB Games delayed it until 2022 in order to give “the best possible experience.” After that, the delay was extended to February 2023. It will be worth the wait, we hope.

As production continues and the development of Marvel’s Midnight Suns, delays have been increasing. Recently, the game was pulled from the 2022 release window. But, Firaxis Games’ latest update states that the game will launch in December.

Originally announced in 2021. Oxenfree II – Lost Signals was initially scheduled to be released the year after it was first announced. However, Night School Studio has pushed the release back. In September, the game’s developer updated the title by saying that it required more time in order to complete the project.best game yet“, and it would not be released until 2023.

The Sands of Time: Prince of Persia

Date of release: To be determined

The Lord of the Rings: Gollum

The Lord of the Rings Gollum is a fascinating title. This is the most ambitious and expensive title by Daedalic Entertainment. It makes sense therefore that more time will be needed to meet expectations. Daedalic indicated that the title should use the “full power” of the next generation of consoles and “the entire universe will faithfully be represented” upon its launch. Although the initial release was scheduled for 2022 by the team, it has been delayed by the studio a few more months. It will now be released on September 1, 2022.

Skull and Bones has suffered numerous delays ever since it was announced. Now, in an unsurprising decision, Skull and Bones is being delayed again. Ubisoft again delayed Skull and Bones’ release date to November. This pushes the game into 2023.

It’s a weird one, as we have technically not received a window for public release. But it is so crucial that even internal delays can be worth noting. Bloomberg claims that Aspyr has been having trouble with Star Wars Knights of the Old Republic. The studio has been in turmoil, and the remake was halted. High-profile firings took place following dissatisfaction at its vertical slice. The studio has sources indicating that it wants a 2025 release window, although this could be changing.

Rocksteady Studios’ next Batman Arkham adventure, Suicide Squad: Kill The Justice League, is not due to release in 2022. Sefton Hills, creative director, announced the news via Twitter. He stated, “We have made the hard decision to postpone Suicide Squad: Kill The Justice League until Spring 2023.” Although it is disappointing, I understand that we need to make the most of this delay.

For over 10 years, the fans have eagerly awaited the sequel to the beloved cult film. Vampire: The Masquerade – Bloodlines 2 was initially scheduled to hit store shelves in March 2020, but was delayed later into 2020 and then further until sometime in 2021 at an unspecified date. The publisher then obliterated the development team, and put it on hold indefinitely.

There will be delays.

You shouldn’t be surprised if you are not able to play your anticipated video game in the next months. The industry has long accepted delays as a part of their business and they can lead to better products. However, the situation has become worse in recent years.

The industry is suffering from delays in many areas, including first-party games from Xbox and PlayStation, as well third-party titles that are available from different publishers. There are plenty of games available right now, even if a title you were looking forward to is delayed.