The UK Smart Grid: How It Started & How It’s Going | 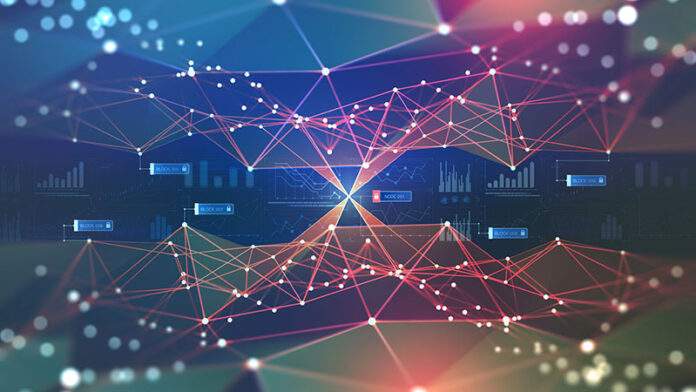 It’s no secret that if nations want to meet the Net Zero emission targets set by international organizations by 2050, there’s a lot of work to be done. The Smart Grid is a key initiative in the UK to reduce emissions and increase energy efficiency.

2014. The Department of Energy and Climate Change, (DECC), and the industry regulator Ofgem published their first publication. their vision and routemap Smart Grid. In their extensive document, the organizations defined the Smart Grid as “a modernised electricity grid that uses information and communications technology to monitor and actively control generation and demand in near real-time, which provides a more reliable and cost-effective system for transporting electricity from generators to homes, business and industry.”

The Smart Grid, in other words, applies the Internet of Things to existing energy systems. It operates with a connected network of smart meters and monitoring devices and computers that perform extensive data analysis to improve the efficiency and sustainability of the energy distribution and production process.

There are many benefits to this. It will lower consumer energy costs and implement a network-wide energy distribution system that is more efficient. The lower energy costs mean that people can spend more on other businesses and companies are able to invest in new jobs. This will strengthen the economy. Network companies are able to anticipate problems and manage supply and demand better by having greater control and monitoring.

Ofgem and the DECC set out their visions for Smart Grid. However, they suggested a phased approach. The need to deploy smart gas meters and electricity meters in UK homes (53 million in total) was outlined by the DECC and Ofgem. These meters would provide crucial information to measure consumption and help users as well as providers make more informed, efficient decisions.  The Smart Grid would also require Distribution Network Operators to consider the various roles and responsibilities that they will have. They would need to be more involved in the management of their distribution networks, as opposed to passively watching them. Plus, they would have to start considering alternative energy sources and how they could be “plugged into” their networks.

The Development Phase – which was meant to span 2014–2020, but is arguably where we are still due to Brexit and the COVID-19 pandemic – would also see changes and updates to regulatory frameworks, ensuring that both businesses and consumers alike were prepared to support the deployment of the Smart Grid. Next, the second phase would be about deployment. This would build on the existing network of smart meters. Finally, the third phase would help the UK reach its objectives.

Which part of the Journey are you on?

Although this number may seem small compared with the 53 million planned, smart meters have a huge impact. Over 6 billion messages were sent by connected meters in 2021. That data gave utilities companies valuable insights that will help improve their grid management. Consumers will be able to pay only for what they use. This is helping lower costs and also reducing their carbon footprint. According to DCC, 17 million units will be connected to the network by 2021 to help reduce carbon dioxide emissions annually of 500,000 tonnes.

The UK is a leader in reducing greenhouse gases and carbon dioxide emissions. downward trend since 1990. The pandemic caused a significant reduction in transport use, which resulted in lower emissions for 2020 than in 2019. Even though people were more mobile and active during 2021 the UK managed to decrease its total emissions. Partly, this is due to the efficacy of new technologies in the industry and the willingness to collaborate to reach these goals.

Global energy supply problems have made it clear that smart, efficient power generation is essential. However, that hasn’t stopped the UK’s energy network companies from coming together and laying down ambitious plans to reduce emissions. Led by Energy Networks Association (ENA), which brings together all of Britain’s network companies and industry stakeholders under their Open Network program to help transform the way energy networks operate, the group announced a series of priorities for this yearThis will most likely contribute to the Smart Grid’s construction. This collaboration demonstrates industry cooperation and a willingness to innovate, which speaks volumes to the original vision of the Smart Grid.

Ofgem recently made concrete suggestions for how to create the energy system that is the future. The following is a report published in July 2022This organization recommends reforms that will make the retail energy sector more resilient and play a major role in driving net zero. This includes ongoing investments in digitizing and adopting smart technology that gives consumers greater control over energy consumption.

Also, the regulator hinted that they are working with government agencies to help them better communicate their thoughts and develop a long term vision for consumers. Therefore, we can expect to see a new version of the Smart Grid vision, which will be the foundation for innovation in energy sectors for the next ten years.

The Author Ali Cameron is an experienced content marketer who specializes on cybersecurity and SaaS for B2B. Besides writing for Tripwire’s State of Security blog, she’s also written for brands including Okta, Salesforce, and Microsoft. Ali took a unique route to the content world. She started her career in PwC’s management consulting where she discovered her love for making complicated concepts simple. She blends this interest with a passion for storytelling, a combination that’s well suited for writing in the cybersecurity space.

Editor’s Note: Tripwire, Inc. does not endorse the views expressed in this guest writer article.