America needs a new Thanksgiving movie. Let’s get it “Coco”! 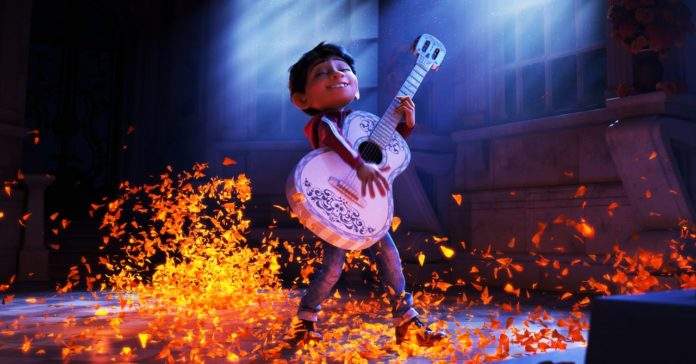 It’s an annual A fall custom few writers wouldn’t want to thank for. Every November, representatives from your favorite websites—including, yes, WIRED—gather to discuss Thanksgiving-week content. (Or “gobblecon,” as it’s called in the biz.) Without fail, someone in the room eventually asks that most doomed of questions: “What about a roundup of great Thanksgiving movies everyone can watch together?”

Then, silence. There’s no satisifying answer. Whacking Day and Thanksgiving are almost equally underrepresented in family-viewing holiday films. You could program 12 straight days’ worth of Christmas movies, from It’s a Wonderful Life You can find more information here Santa Claus conquers the Martians You can find more information here Elf. Independence Day, well. Independence Day. The beautiful, but scary tale about the bunny could be used to celebrate Easter. Watership Down, providing you hate your children.

There are few options when it comes to making crowd-pleasing Thanksgiving entries. The obvious choices are the Steve Martin/John Candy holidayogue. Trains, cars and planes or Jodie Foster’s The Holiday Home A comedy-drama from 1995 about a chaotic get-together. They’re both fine entries, but neither is exactly made for family viewing: Home Planes features more squabbling that gobbling while Planes has been rated as R due to a few Fs.

And if you’re looking for decent Thanksgiving-specific kids’ movies, you’re pretty much out of luck. There’s not even an animated musical called Sasquash, which is a shame because that seems like the kind of film that could net a savvy studio exec billions of dollars, and the songs are already written (please direct script queries to Gourd4WhatAilsU@hotmail.co.uk).

Clearly, it’s time for a new Thanksgiving movie tradition—a unanimously agreed-upon film that earnestly celebrates the holiday’s values of family, food, and a general sense of shared history. It turned out that the perfect candidate came last year. Coco.

Take note Coco? You do. It was fall 2017’s major Pixar release, making close to a billion dollars worldwide and eventually winning multiple Oscars. You might have missed the movie. It is set in Mexico. The story follows Miguel (12 years old), who’s accidental love of music brings him to the Land of the Dead where he meets up with his long-deceased family. Coco ends with a serenade of the lovely “Remember Me,” one of Disney’s finest earworms, though you’ll likely be too sniffly to fully notice it at the time, for reasons I won’t spoil here.

The following information was available at the time it was published: Coco It was seen as yet another Pixar sweetheart. Granted, it wasn’t as zippy as Amazing ThingsNot as narratively as ambitious. Inside out. And it certainly didn’t traffic in the grown-up existential torment of Toy Story 3A movie called “The Human Race”, which turns every childhood nightmare into a skill-crane machine. CocoThe movie, however, seemed deceptively simple because of how charming and catchy he was.

But a recent rewatch of the film on the small screen—it is, of course, on Disney+—was a reminder of just how deeply affecting Coco You can. For starters, it’s one of the best-looking movies of the past several years. The Land of the Dead’s colorful dwellings, as well as the high-soaring scenes can be seen even on an old TV. alebrijes The colors are vivid and vibrant. And the movie’s tone feels especially singular in the world of modern family filmmaking. It’s playful without being winky or pop-culture-packed, heartbreaking without ever becoming too mawkish. At times, Coco feels like Steven Spielberg covering Tim Burton, or vice-versa—a little-boy-lost tale featuring sardonic skeletons whose eyeballs literally fall out of their heads.