HomeGadgetsLogitech G502X Plus Review: Does it remain the best?
Gadgets

Logitech G502X Plus Review: Does it remain the best? 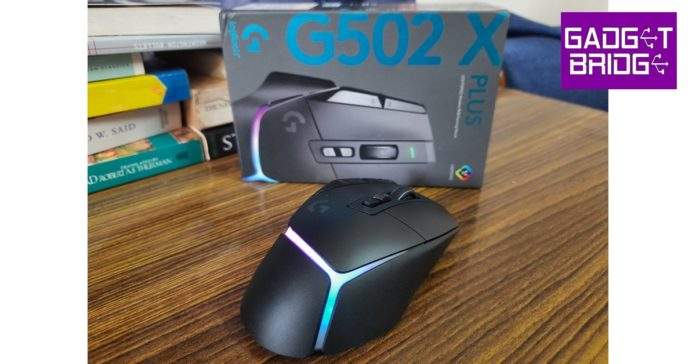 Logitech G502 and all of its variations enjoy huge popularity with gamers. They are widely regarded as the best gaming mouse. Logitech’s success in gaming mice is evident. Users were thrilled about the new launch. Logitech G502 X Plus. The G502 has been updated with new specs and design tweaks that appeal to gamers who are serious about gaming. Is it going to diminish the G502’s iconic appeal? Logitech G502X Plus was used for approximately a week. This review may provide some insight.

You can also read: TPV announces “Evnia by Philips” range of gaming monitors

Logitech G502X Plus: Review of Design

Logitech G502X Plus is packaged in a compact rectangular box. Inside the box, you’ll find the wireless mouse, a DPI-shift button cover, a USB-C charging cable, a LIGHTSPEED USB-A receiver, a USB extension adapter, some user documentation, and a Logitech sticker.

When we took the wireless mouse out from its box, there were some design changes. The RGB light strip runs along the palm rest, dividing the mouse into three sections. The G Hub app can make this light strip display different colours using its 8-LED array. If you’re worried about unnecessary battery consumption, the ‘Active play detection’ feature automatically turns off the lights when your hand covers the mouse. 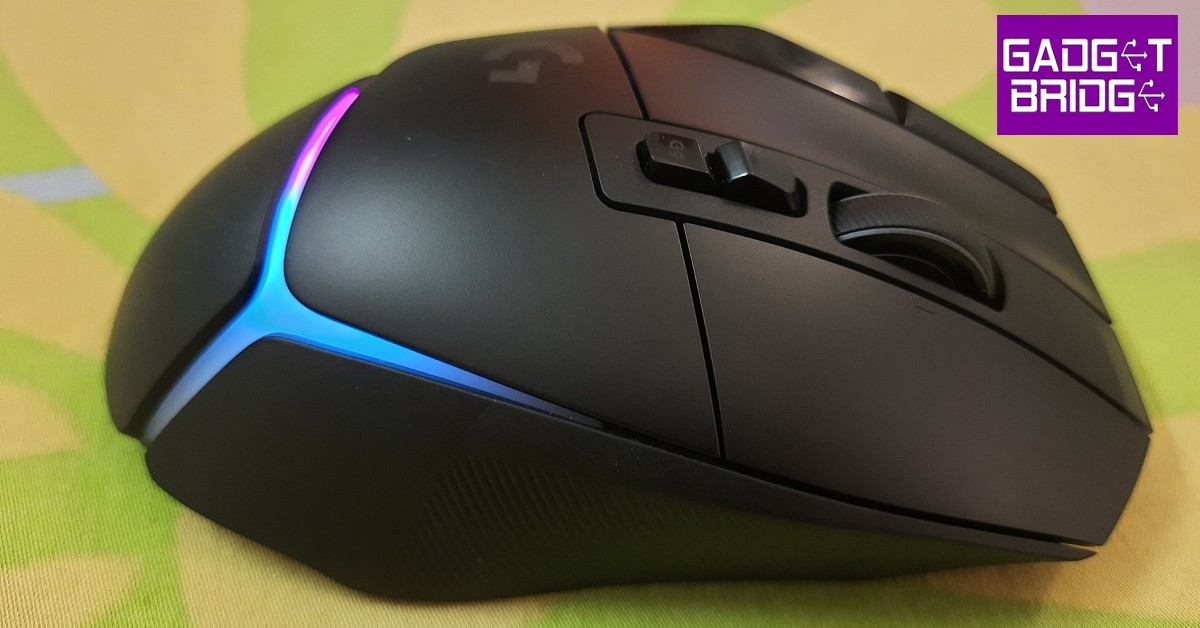 Although the thumb rest panel still has the rubber texture, it now sports a straight line design instead of the triangular pattern that was on the predecessor. To reduce accidental clicks, the sniper key at the front can be turned. There’s also an additional key provided in the box which mutes the click altogether. 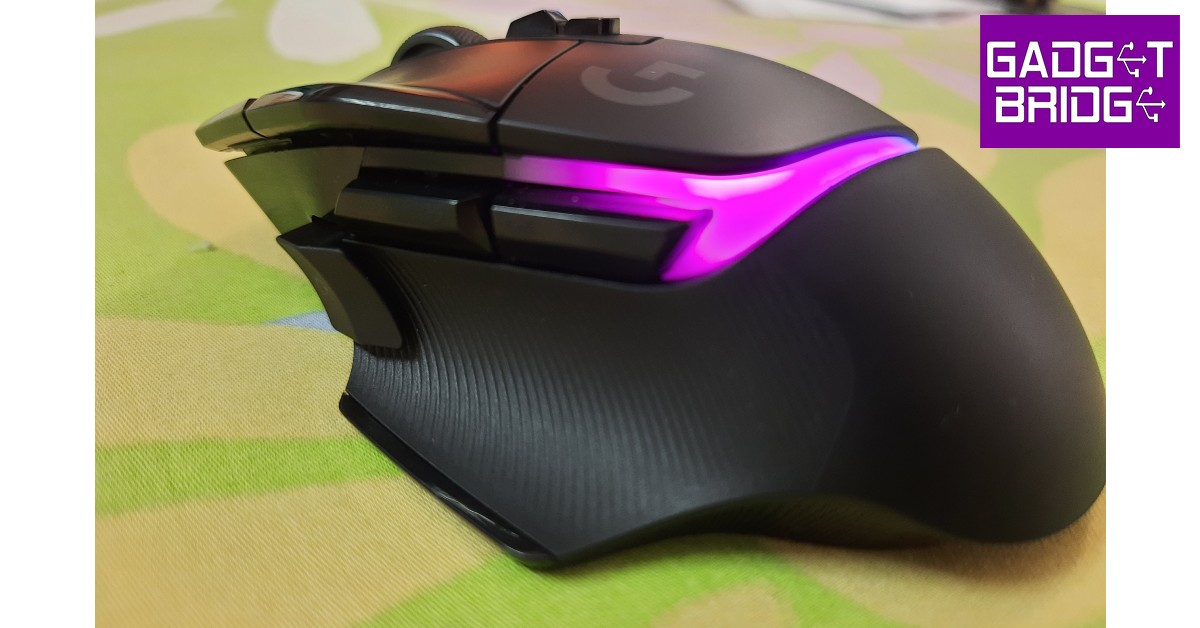 G502X Plus is lighter due to its scroll wheel. A gap has been created in front of scroll wheels. These new low friction PTFE feet have been a welcomed addition. It gives the mouse a better glide, and it works even harder on difficult surfaces. 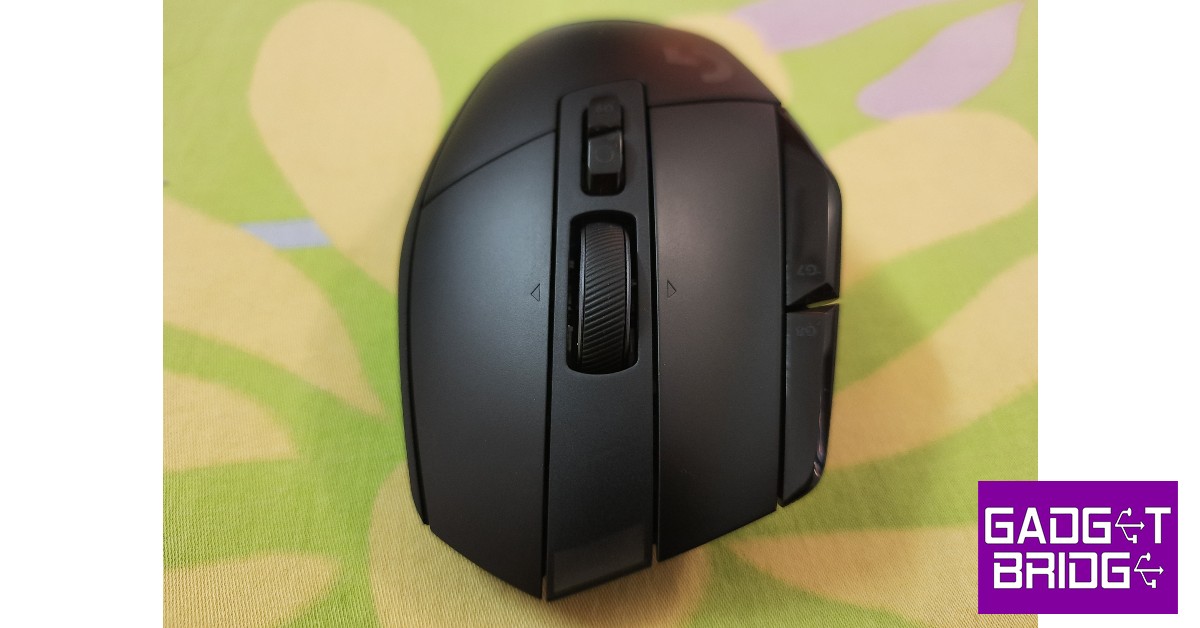 Logitech G502X Plus is 106g in weight. Logitech is not the only company that has seen gaming mice get lighter over time. Even though it is lighter than its predecessors there are many gaming mice that are lighter than this G502X Plus. 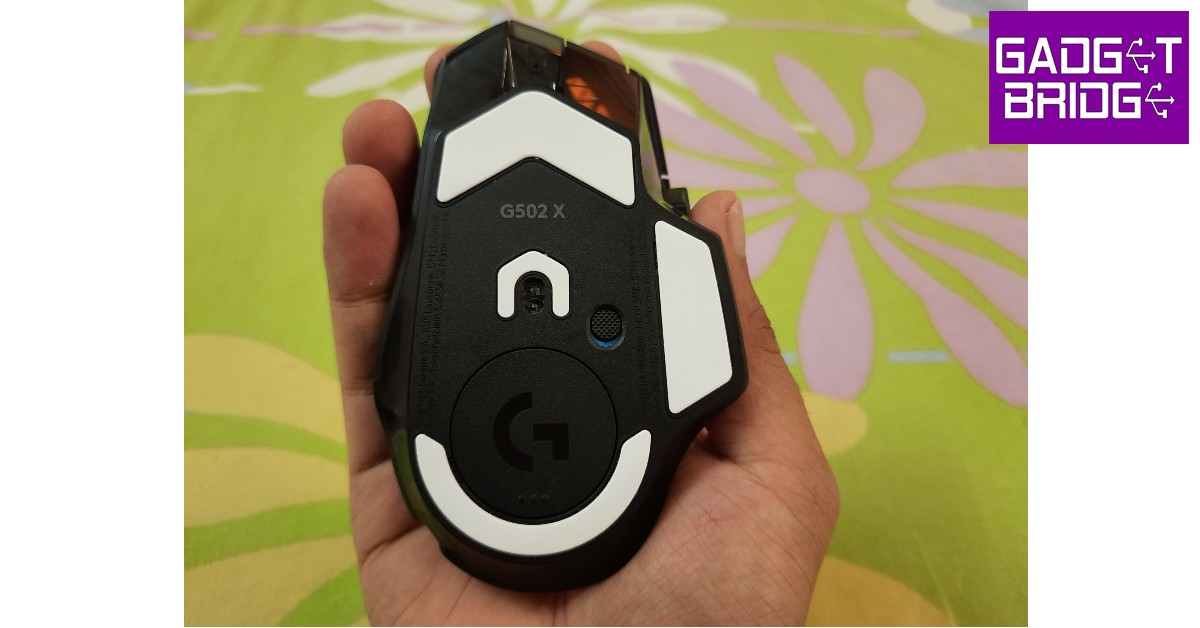 Apart from the above mentioned changes, the Logitech G502 X Plus still retains its signature design. This mouse has 13 customizable buttons. The overall design of the mouse is very ergonomic, and it caters for different sizes. If you are a fan of what Logitech has produced so far, you definitely won’t be disappointed by the G502 X Plus.

Although the G502 X Plus design is stunning, its outstanding performance is what made it a legend over the years. The Logitech G502X Plus has maintained its reputation, which we are pleased to say. Over the course of one week, we used the mouse extensively for gaming as well casual use. We have nothing but positive things to share. 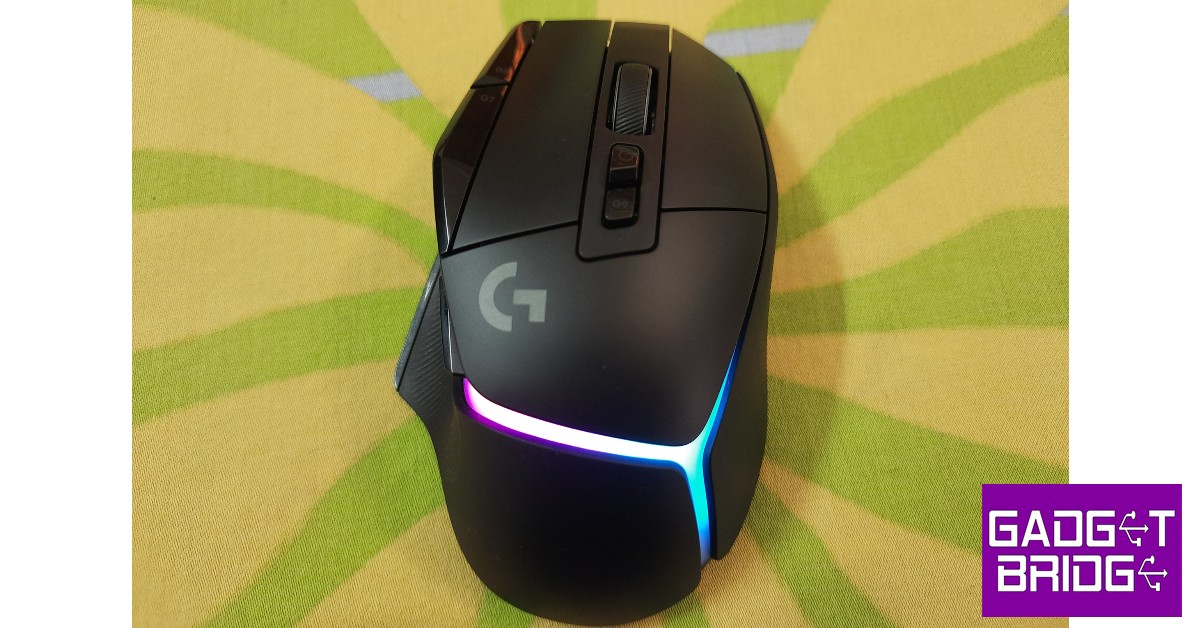 First, it is easy to connect the Logitech G502 X Plus to your computer. All you need to do is plug in the USB receiver and flick the power switch at the bottom of the mouse and you’re good to go. There’s no option for Bluetooth connectivity, which means you cannot connect the mouse to more than one device. The G502 X Plus has a pro-grade connection, which means it generates a 68% quicker response time than its predecessors.

When we were gaming with the mouse, our preference was for the lightweight design and low-friction high-elasticity PTFE feet. The G502X Plus was able to withstand various surface types. Logitech has retained the Hero 25K sensor on the G502 X Plus (if it ain’t broke don’t fix it!) It delivers superior tracking as we’ve come to expect. The lighter design makes it easier to control during intense gaming sessions and it doesn’t cause much stress if you’ve been using it for hours. Logitech should still reduce the weight of its mouse as it develops new models. 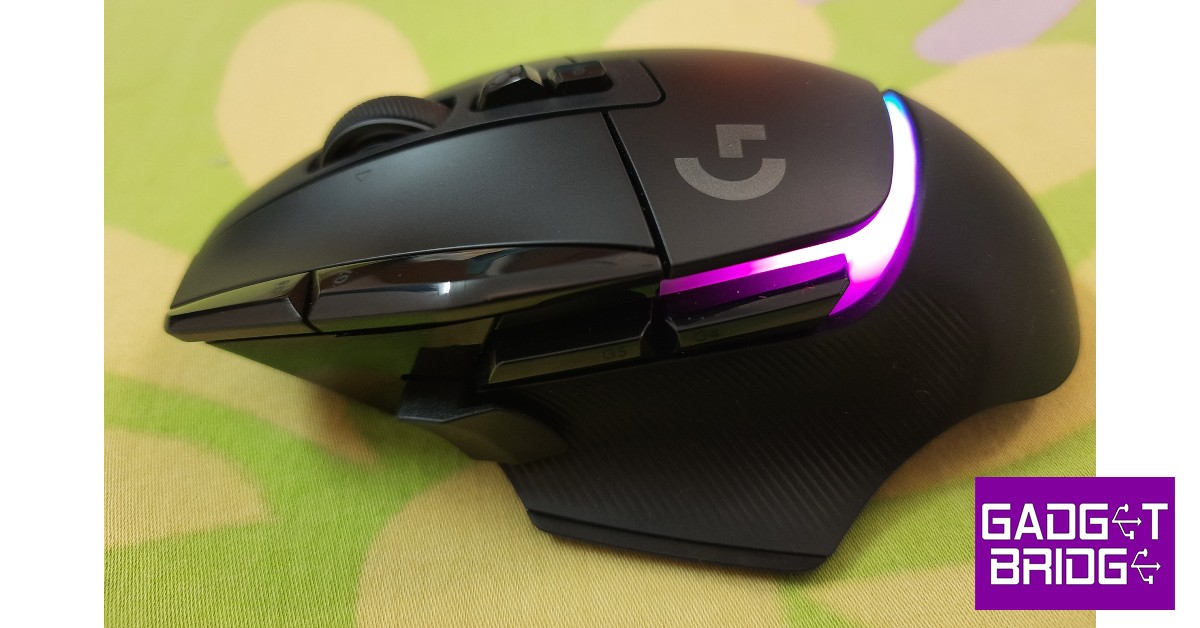 We were amazed at the tactile responses we received from the buttons. Lightforce switches have improved speed and immediate responses, but retain the clarity of feedback we all love. All 13 buttons can be customized through the G Hub App. G7, and G8 keys located left of the leftclick can adjust DPI levels automatically. This feature was extremely useful in switching between gaming and regular controls.

The seamless movement and response we received from the mouse while playing FPS games such as Counter-Strike and Valorant were amazing. It is able to accommodate both claw and palm grip. You may need to reach down a little to get to the sniper button if your hands are small. The G502X Plus is great for larger hands.

Logitech also improved the G502X Plus’s battery life. Lightspeed technology makes the most of your device’s power and uses it very intelligently. The G502X Plus can last up to 130 hours with the RGB lighting off. You don’t have to sacrifice on aesthetics if you want up to 37 hours battery life. The RGB lights are always on and can be turned off for as long as you like. The mouse can also work while being charged, so it won’t be much of an issue.

You can also read: What changes will VR bring to online casinos?

It has been used for about a week and we are confident to say it is working well. Logitech G502 X Plus The performance of the unit is simply unsurpassed. While the weight could certainly have been lighter, we got used to it pretty quickly and it didn’t take anything away from the performance. The device comes at a steep price of Rs 15.495, so it is worth the extra money. If you don’t intend to use the device for gaming then you might consider a more productive mouse like the Logitech MX Master 3S (our reviews). Here). However, if you’re looking to add to your gaming rig and want the best mouse out there, the Logitech G502 X Plus should be at the top of your list. The Logitech G502X Lightspeed, which costs Rs 12,995, is an affordable option that allows you to compromise on RGB lighting but doesn’t sacrifice any essential features. Logitech G502 series also includes the Logitech G502X Wired gaming mouse, which is only Rs 6.650

The RGB light strip is a striking design feature.

pixl.latr Review-A Film Scanning Gadget to Someone Who Hates Gadgets