If Your Neighbor Makes You Feel Good 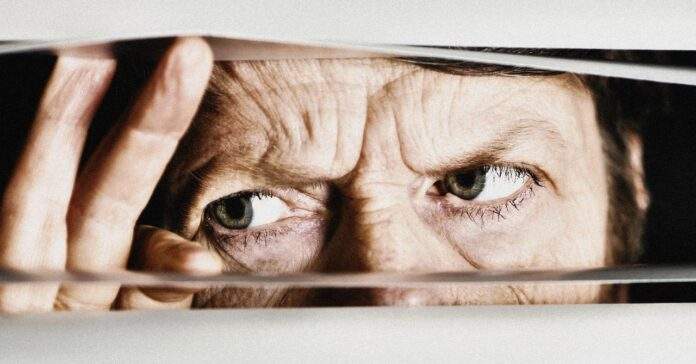 There’s a knock At the door. Local authorities have received a tip that you’ve broken the moral code—a new set of laws banning your once-accepted lifestyle. You’re being called in for questioning, and it’s unclear when you’ll return home.

Neighborhood trust is an outdated concept in an authoritarian society. Citizens are frequently encouraged to tell the government about any suspected wrongdoing within their neighborhoods. There are countless examples of this in history—and around the world today. It happens in Russia, and there’s even an app for it in Saudi Arabia.

The United States seems to be moving towards a culture of community surveillance. Texas’ SB 8 deputized everyday Americans to sue anyone who has had an abortion or assisted with one. Texans have begun reporting transgender parents to the authorities. Virginia Governor Glenn Youngkin set up a tip line and encouraged parents to report teachers who are teaching “divisive” subjects. Florida’s “Don’t Say Gay” law encourages parents to monitor teachers. It is possible that this will be just the beginning, as the Republican Party embraces authoritarianism more and more.

Professor of International Law at the University of Chicago Tom Ginsburg says that these types of policies can be compared to what might occur in an authoritarian state.

“It incentivizes private enforcement of moral norms,” Ginsburg says. “That’s very corrosive. It’s a process that is undermining the ability of society to function in the traditional way that societies do.”

Ginsburg says he worries that we’re losing democracy in states where Republican candidates for office appear willing to subvert future elections, which means citizens’ ability to reject authoritarian leaders may be slipping away. He says he doesn’t think our conservative Supreme Court has any interest in helping prevent democratic backsliding, either.

“The Supreme Court may facilitate the undermining of democracy from below through the general stance of, ‘Well, that’s not our problem,’” Ginsburg says.

Consuelo amat is an assistant professor in political science at John Hopkins University. She says anything that people learned about you during democracy can be used against them once the new government takes power. She’s closely studied Chile under dictator Augusto Pinochet and says that’s what happened there. Amat believes that people who back the new regime will essentially become informants.

“When that starts happening, the dynamic for communities and neighborhoods is extremely bad,” Amat says. “The distrust that people have is huge, so people start not sharing information at all. Neighborhood trust is a key component of democracy. To make democracy work, trust must be shown in the community and within your own society. Period. When there’s a very high level of distrust, you will see a fracturing of community.”

You can see states passing additional laws that disempower or criminalize specific groups if the US goes further towards authoritarianism. Anyone you encounter on a regular basis who doesn’t agree with politically could be encouraged to report you for violations of these laws as some sort of act of civic duty. They’ll have more ways to do it than ever before, considering modern technology allows us to monitor people’s social media feeds, watch them through Ring cameras, report them through community-watch apps like Citizen, and more.