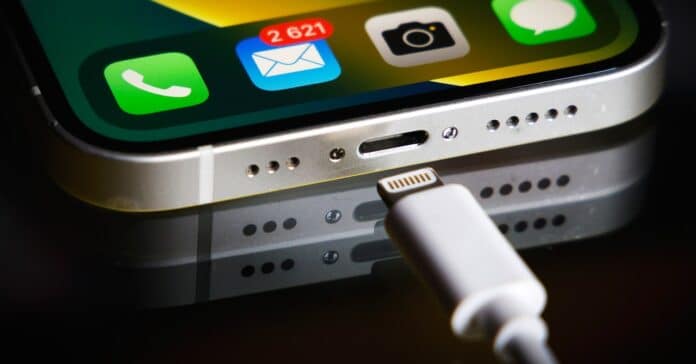 At long last, Apple has announced that iPhones will soon have USB-C ports. The European Union has passed legislation requiring all tablets and phones sold within the EU to have USB-C charging ports. It’s a move that has huge ramifications for a company like Apple, which sells iPhones with the same physical design in every region of the world. And all of those iPhones currently use Apple’s proprietary Lightning connector to charge and to connect accessories.

“Governments get to do what they’re gonna do,” Joswiak said at the WSJ Tech Live conference this week.“Obviously, we’ll have to comply. We have no choice.”

Clearly, Apple isn’t exactly happy about the ruling. Apple has been resisting this change for many years. Apple’s overarching business ethos is to control every bit of its product line. It’s why the company switched from Intel chips to its own proprietary silicon and quadrupled down on its streaming service offerings. It is important to ensure that customers are always under the Apple roof. The strategy included a unique charger for the iPhone. This meant that iPhone owners would need to purchase the charging cords directly from Apple rather than paying for them at other manufacturers of USB-C cords.

Of course, Apple’s not likely to take much of a financial hit from the death of the Lightning cable. It’ll likely go all-in on USB-C next year, maybe even cheerfully marketing the new connector as a way to reduce excess e-waste at its next flashy iPhone announcement event. Still, the forced change shows how tightly the company wants to cling to its darlings, or at least modify its products on its own schedule instead of somebody else’s.

There is no word on what will happen to the Lightning ports in Apple Pencil and the Magic Trackpad.

Here’s some more gadget news you may have missed this week because everyone was talking about whether Elon Musk will throw Twitter into a volcano.

Apple raised its prices for its streaming services following the price increase announced last week by YouTube Premium. Apple Music prices will rise by one dollar per month to $11 Apple Music family plans receive a 22% increase to $17 Apple TV Plus will also be increasing $2, and it will cost $7 per month. Apple One will be $15-$17.

Many streaming service providers are trying to get more from their customers. Netflix recently announced that it would start charging higher for accounts shared by multiple users. Spotify might be the next company to follow suit, as Spotify CEO Daniel Ek stated that Spotify could soon raise the price for its music streaming plans.

For nothing, press F

One more year. Duty call game. This week’s entry into the ridiculously successful military murder franchise, is available. very much a Call of Duty game.

But, hey, you know what’s not a Duty call game? All data on the drive. Gamers who have purchased the physical edition Modern Warfare II – Call Of Duty The discs have almost run out. There’s a 72-megabyte authentication app that sends a link to servers where you can download all 150 gigabytes of game files. That’s all that’s on the discs—none of the game files, just a key to access them. The physical game copy is identical to the digital one, but it’s wrapped in a useless plastic case.