HomeAndroidSamsung wants to offer seamless updates on Galaxy devices with One UI...
Android 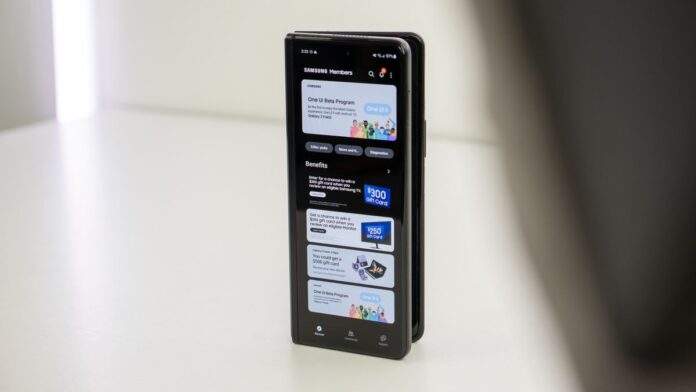 What you need to know

Samsung Although updates will be released faster than ever before, there’s still one concern for users: seamless updates. It’s something that Galaxy phones have been missing out on but may finally arrive over the next year.

Currently, when an update gets rolled out to an end-user using a Samsung device, they must download it, and the installation can take as long as 20 minutes or so, depending on how large it is. Users are unable to use their devices during the installation. Pixel smartphones tackle this issue by automatically downloading the latest OS and then rebooting.

This has been available for some time, but not on Samsung phones. Well, that may change with One UI 6, according to Samsung‘s VP Sally Hyesoon Jeong, who sat down with the folks at Android Authority in an interview following Samsung‘s recent annual developer conference. Jeong also shed more information about Samsung‘s plans for the current One UI 5 rollout and plans for its next iteration in the near future.

Jeong, thanking the One UI team, has suggested seamless updates are coming to the Galaxy phones starting with One UI 6 next year. And the work on hitting the timeline is currently in progress by the One UI team at Samsung. This is an interesting update from Jeong, considering that Samsung has become stricter in rolling out updates to Galaxy phones quicker than ever, although has lagged in supporting seamless updates.

This move comes after a report from Mishaal Rahman that suggested seamless updates will be mandatory for devices launching with Android 13 (as opposed to those that are updating to the new software). However, Jeong seems to suggest we’ll have to wait for Android 14 to see it on Samsung phones, meaning the Galaxy S23 may not have seamless updates at launch.

Seamless updates aren’t a large part of the Android experience, but in some ways, they can enhance it for users quick to update their phones and could be yet another reason to consider a Galaxy smartphone as your next Android phone. It is possible that the feature will not be available immediately.

Jeong mentions the One UI 5 update as another highlight of his interview. The Galaxy S22 series are the first models to get the official rollout. Jeong has further suggested that all the flagship models, including the foldable and the Galaxy S21 series, are said to be getting the One UI rollout by the end of this year. This goes in line with what we’ve previously heard about Android 13 arriving on Samsung phones, although we still don’t have an exact date.

Samsung‘s One UI 5 is the latest iteration based on Android 13. Popular Galaxy phones have started receiving the update in beta. While explaining Samsung‘s commitment regarding the update, Jeong stated, “People are using the same device for longer periods of time, so software needs to evolve in line with that trend.”

“We want to give the trust to our consumers that they can use their Samsung devices for as long as possible.”

You can check out the full interview over at Android Authority.

Galaxy S22 happens to be the entry-level smartphone in Samsung‘s flagship series. This smartphone is a great deal with excellent cameras. The device has a smaller size and is very powerful due to its Snapdragon 8 Gen 1 processor.