Here’s What Climate Activists Who Soup-Throw Got Right 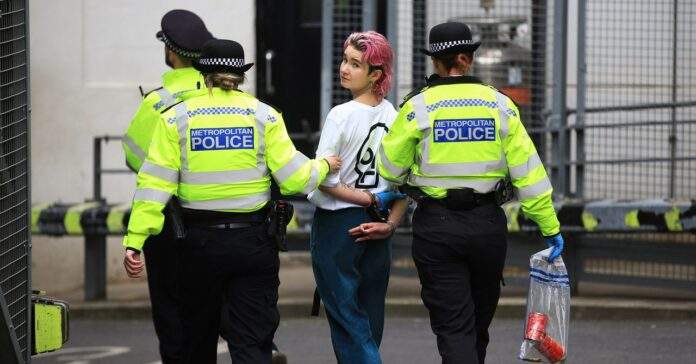 Some have claimed that this stunt has discredit the larger climate movement. I don’t buy that for a second. Instead, I suspect it is far more likely to produce a helpful radical flank effect, making more moderate forces in the climate movement, such as the UK’s Green Party, more appealing to the mainstream. A recent study has shown that climate activist groups’ unpopular radical tactics can actually increase support for moderater factions.

Brent Simpson (University of South Carolina socioologist) was my email address to inquire if the study could apply to me. Sunflowers protest. He noticed a connection. “We didn’t study exactly these actions in our research, of course,” he wrote. “But, yes, our findings certainly suggest that these more radical protest tactics can increase support for groups who are using more moderate tactics to pursue the same general climate action goals.”

Protestors will continue to display in attention-grabbing manners, pushing the topic into national discussion and expanding the Overton Window. We’ve already seen this happen in the US with the recent passage of the Inflation Reduction Act, which included climate provisions that would have been seen as radically left-wing until very recently but were passed with a moderate Democrat in the White House. Climate activism was not the reason for this change, but it was.

The majority of people now believe that climate change is happening, and the number of those who support policies to combat climate disruption has increased significantly in recent years. Although most people think it is stupid to throw food at paintings, the obvious follow-up question remains: What is the best method to combat climate change? Throwing canned goods is probably not top of the list, but it’s not doing nothing.

The week that followed the Sunflowers Just Stop Oil is busy. Over the course of several days activists have blocked access to a bridge in Essex, an eastern English county. “More protests are coming, this is a rapidly growing movement and the next two weeks will be, I hope, the most intense period of climate action to date, so buckle up,” Margaret Klein Salamon, executive director of the Climate Emergency Fund (the organization largely funding Just Stop Oil) told The Guardian. Good! It’s soup season, baby.

This seems like a good moment to revisit a WIRED feature from 2018 called “Pipeline Vandals Are Reinventing Climate Activism.” It’s a fascinating dive into a different kind of stunt-driven climate action. The story follows environmentalists who sabotaged an oil pipeline in Minnesota, and how they were able to use a “necessity” defense in court, claiming that the government had taken so little action to ameliorate the harms of fossil fuels that it left citizens no choice but to intervene:

The morning was cold, with aspens shaking under the heavy clouds. Ben Joldersma (a fellow activist) livestreamed the event to Facebook. The two women were constructing chains that would surround large enclosures that contained shut-off valves. These pipes transport crude oil, which is also called oil sands or tar sands in Alberta from Alberta to Lake Superior. Because making petroleum products from this goo—called bitumen—releases more global-warming emissions than most other oil sources, the activists were going to do what they could to keep it in the ground.

Enbridge was well aware they were there: About 15 minutes before they cut their way in, an activist named Jay O’Hara with the Climate Disobedience Center in Seattle had talked to Enbridge staff on the phone and warned them that protesters were going to be closing the valves on Line 67 and Line 4, each of which hum with 33,000 gallons of crude oil per hour.

Only a few people were aware that Johnston, Klapstein and others had been part of an action called #ShutItDown which would have also blocked pipelines in three more locations in North Dakota and Montana. This was to prevent them from moving westward. They referred to themselves as the Valve Turners, and Reuters called their effort “the biggest coordinated move on US energy infrastructure ever undertaken by environmental protesters.” On that day, five principal activists—Michael Foster, 54, Ken Ward, 61, and Leonard Higgins, 66, in addition to Johnston and Klapstein—cut off 70 percent of the oil from tar sands that flows into the US from Canada.