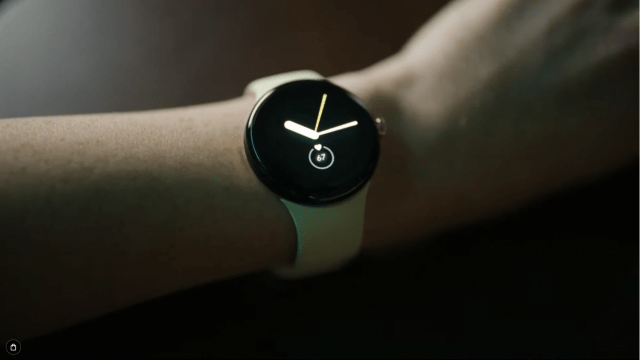 Do you think about purchasing Google? Pixel Watch? If you are, then you might want to disable the watch’s always-on display, especially since there are quite a few users who are reporting that they are experiencing what they initially thought was screen burn-in.

Google later released a statement saying that it isn’t a burn in, but image retention. This will eventually disappear with time once the screen is turned off.

Image retention and image burn-in may sound similar, but they actually have different meanings. The former is temporary, the latter is permanent. According to Google’s official statement:

“What you are seeing is image retention. This is not a permanent issue and it does not affect OLED displays. This isn’t a sign of burn-in, and it should not be mistaken for burn-in. It will eventually disappear, but it takes longer to fade the image. Google Pixel Watch utilizes software to adjust the brightness of each lit pixels to minimize image retention. This extends the period before images are retained and decreases the likelihood of the image disappearing. If users do experience this, it will go away over time, but users can also turn off AOD and/or use bedtime mode for sleep so the screen stays off overnight.”

There doesn’t appear to be a “fix” for this and strangely enough, not all Pixel Watch owners are experiencing the problem, so depending on your luck, you may or may not encounter the problem. If you have the problem, turn off the display.