Get detailed specs on Solana Saga, which includes a flagship SoC running Android 13 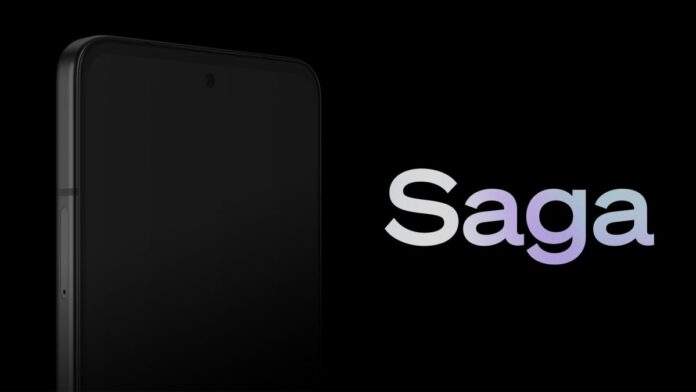 The details for the Solana Saga are now available.

Official OSOM Twitter account tweeted These are the specifications for the Solana Saga. Now, we know that the smartphone will feature the Snapdragon 8+ Generation 1 SoC and 12GB RAM. There is also 512GB internal storage. A microSD card can be added for additional storage.

The Solana Saga’s phone design will include a ceramic back (careful! slippery!) and a stainless-steel frame with titanium accents. It will also be available in the Solana Saga. Android 13. Right out of box. The phone also has a fingerprint scanner on its back, which is a feature that we rarely see on flagships. Android phones.

OSOM and Solana have teamed up to produce the Saga flagship phone. After being first known as the OSOM OV1, this phone had an unusual beginning.

Because it was the product from the old Essential team, there was lots of interest. Following early teasers the device was officially announced as both a web3 phone and a cryptophone. You don’t need to use it, however, if you don’t wish to. According to the official Saga website, the Seed Vault will be featured on the device. It will store your Phantom or Solflare money, private keys, and allow you to sign off with your fingerprint.

The dApp Store will be available in the Solana Saga. Solana explains to us that this app store will allow you to find everything about the ecosystem and make seamless payments across dApps.

There is currently a button to preorder that takes users directly over to the waiting list sign up page. The device is priced at a substantial $1,000. A $100 deposit must be made before preorders can be placed. Release of the Solana Saga is planned for early 2023.