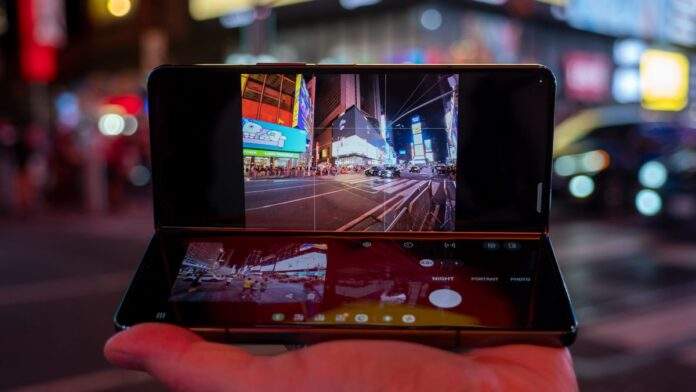 It may be the most innovative smartphone on the market today, but that doesn’t mean you can’t find tempting Samsung Galaxy Z Fold 4 deals if you know where to look.

With an imposing price tag of around $1,799.99 / £1,699, the Galaxy Z Fold 4 isn’t cheap, but retailers and phone companies are already starting to discount the foldable phone just in time for the holidays. These deals will require that you trade in your older phone or update your wireless plan. However, if you are looking for a bargain, this is the right time to purchase. Although straight discounts can be a bit more common, they are still available if we look.

You can expect exceptional performance from the Z Fold 4’s Snapdragon 8+ Gen1 processor. The 4,400mAh battery is capable of lasting a full day with a single charge. You’ll have a unique smartphone experience thanks to S Pen compatibility and flagship-quality cameras. That said, if you’re on this page, you’re probably already familiar with this titan of technology, so enough introductions — let’s move on to the deals.

If you’re interested in one of the other devices released by Samsung last month, go take a look at our list of the best Samsung Galaxy Z Flip 4 deals or our guide to buying the Samsung Galaxy Watch 5.