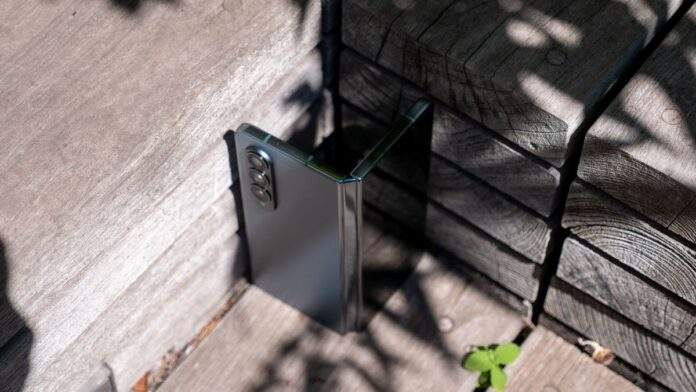 Samsung didn’t update much in the new Galaxy Z Fold 4, keeping the same old 4,400mAh battery from the last-gen foldable, and there’s still no charger in the box either. Even the wired charging speed of 25W is comparable at 25W.

The wireless charging speeds have increased to up to 15W with the correct charger. To make sure you take advantage of the highest possible top up speeds, you need one of these excellent chargers for your Samsung Galaxy Z Fold 4.

Samsung‘s own 25W brick undoubtedly delivers the optimal 25W Super Fast Charging speed to your Galaxy Z Fold 4. To save money, you can either purchase the USB-C charging cable by itself or the complete set that includes a C to C cable.

Since USB-C is so widely used, it’s a good idea to get a high speed charger that you can use with various devices, and not just your Z Fold 4 exclusively. Anker’s little Nano II 45W USB-C wall charger support’s Samsung‘s fast charging profile and also juices up Pixels, iPhones, and laptops fast and furiously.

Voltme’s Revo 100W GaN charger of many ports is extremely versatile, and considerably small, for such a powerful charger. You get two Type-C and one USB-A port, foldable prongs, and fast charging support for the Galaxy Z Fold 4. You can charge Chromebooks and other compatible devices, such as laptops and Google Pixel phones.

Take advantage of Samsung‘s own 25W power bank that has wireless charging capabilities. The 10,000mAh portable charger will charge the Z Fold 4 two times, without or with a wire. You’ll have plenty of juice to go around. You don’t even need to carry cables so it is easy to bring with you anywhere you go.

All the right ports

Baseus is as reliable as it gets. We’ve raved about the 65W 3-Port Foldable USB-C Wall Charger for eons, so naturally it’s a great charger for your Galaxy Z Fold 4. It has QC 3.0 and PD 3.0, two USB-C and one USB-C-to-A ports, and also supports a wide range of phones apart from your Samsung device. Did we also mention the foldable prongs!

Sorry for sounding like a broken record, but if you want to tap into that 15W wireless charging speed on your Z Fold 4, Samsung‘s the way to go. The 15W Wireless Charger Duo supports the necessary fast charging spec, and also has space for a secondary device on the side, like a pair of Galaxy Buds 2 Pro.

The 100W PowerCombo is a gallium nitride power strip from Baseus with a smorgasbord of ports and a nice, long cord. It’s easy to recharge the Z Fold 4 as well as at least one other device while keeping plenty of juice for your folding gadget. This strip is long and convenient, making it ideal for travelers who need to plug in their wall sockets.

Charge on the go

We don’t always charge our phones at home. Gain access to Samsung Fast Charging inside your car with the Elecjet 63W Total PD PPS Car Charger. This charger can provide 25W power for the Z Fold 4 in your vehicle. There’s also an additional port, and plenty of power left over to charge a second device.

Clean up your working station with UGREEN’s help. The quad-port USB-C Desktop Charger delivers a total power output of 100W so you can hook up your Samsung foldable, laptop, and anything else to the same source. With one of these chargers, cable management is much simpler.

The right charger for your Samsung Galaxy Z Fold 4 needs to have certain features to make sure you get the top 25W wired and 15W wireless charging speeds. You can use other chargers, it’s not impossible, but they will not give you the fastest charging speeds.

Look for a 25W USB-C charger or higher with Samsung‘s Super Fast Charging protocol. When ditching the cables, your wireless charging pad or stand — and the brick used to connect it to the wall plug — need to have the Samsung Fast Wireless Charging 2.0, QC 3.0, and PD 3.0.

Now that all that’s cleared up, let’s move on to the best chargers for your Galaxy Z Fold 4. Your best and easiest choice is to go Samsung all the way, whether it’s a wired or cordless charger you’re buying. The first-party USB-C adapter is 25W, along with the 10,000mAh powerbank and 15W ChargerDuo charging pad.

A multi-port USB C brick is a smart choice, as it can power almost everything using USB-C. The Anker Nano II 45W and Baseus 65W Wall charger are great options depending on the type of device you want to charge. A compatible 5A USB C cable is required for 60W chargers and above to provide lightning-fast charging speeds.