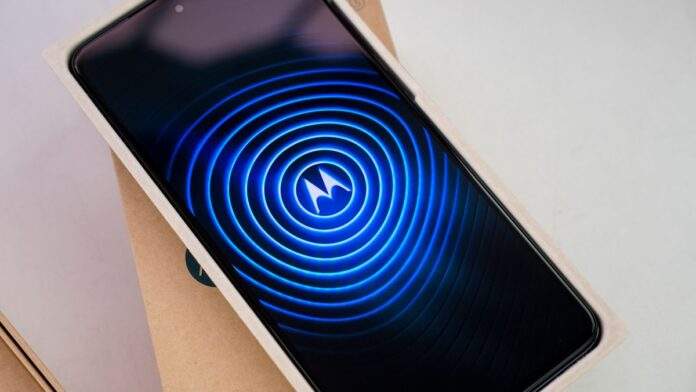 Lenovo Tech World 2022 will feature a demo of a Motorola smartphone that could be rolled out.

Lenovo posted a video featuring Luca Rossi (President of Lenovo’s Intelligent Device Group), as he demonstrated a number of products at the show. The rollable smartphone is one product that may soon be in consumers’ hands.

Rossi pulled the proof-of-concept from his jacket pocket and we could see the tiny size of the phone without it being completely rolled out. To initiate rollout, Rossi appears to push a button with his thumb on the phone’s sides. Motorola’s product demonstration extends vertically rather than horizontally. This is similar to what we have seen in other prototype rollable phones like the LG Rollable and OPPO X 2021.

The demo shows the phone being rolled out and a video playing. Luca Rossi explains that the content of the phone can be “dynamically adjusted to it as it expands or collapses.”

An earlier rumor suggested that Motorola might be considering launching its own rolling phone. According to the codename of “Felix”, it would be vertically oriented and not horizontally as shown in this demo from Lenovo at their convention.

You can see that a phone with a rollable design extends higher than the sides. This is in line with Motorola’s strategy for folding phones like the Razr 2022. We are still anxiously awaiting it on international markets. It seems that Motorola is more concerned with keeping the phones small than giving customers more screen real estate. This is an interesting perspective. Samsung Others are also trying to expand their reach with large-screen, foldable smartphones.

Motorola’s rollable smartphone looks well advanced in design, however we will need to keep waiting to see what it brings with more formality.