HomeNewsIf You Don’t Already Live in a Sponge City, You Will Soon
FeaturedNews

If You Don’t Already Live in a Sponge City, You Will Soon 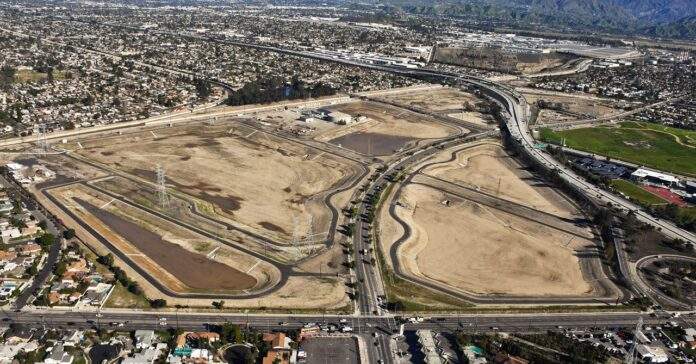 As with everything else. water is great in moderation—urbanites need it to survive, but downpours can flood streets and homes. And as you might have noticed, climate change isn’t good at moderation. Warmer temperatures hold more moisture and can cause storms that dump water faster, which could overwhelm sewer systems designed for the current climate. Thus you get the biblical flooding that’s been drowning cities around the world, from Zhengzhou, China, to Seoul, South Korea, to Cologne, Germany, to New York City.

In response, urban planners are increasingly thinking of cities less as rain jackets—designed to whisk water away as fast as possible before it has a chance to accumulate—and more as sponges. By deploying thirsty green spaces and digging huge dirt bowls where water can gather and percolate into underlying aquifers, “sponge cities” are making rain an asset to be exploited instead of expelled.

“Where once there were forests and fields and wetlands that would soak up the rain, these have been paved over and replaced with surfaces that do not absorb rain,” says Michael Kiparsky, director of the Wheeler Water Institute at the University of California, Berkeley. These are concrete sidewalks and asphalt roads as well roofs that funnel rainwater into storm drains and gutters.

“The denser cities are developed, the more impervious surfaces are used, the worse the impacts of climate change are becoming,” Kiparsky continues. “Once the capacity of these structures is exceeded, then water starts backing up, and its problems are exacerbated because of the lack of the natural absorbency of large areas of soil and vegetation.”

Green spaces are an asset to any city. However, they have traditionally been enjoyed by the public. These spaces are used as tools by more savvy city planners for managing growing rainstorms. An inch of rain dumped over the course of an hour is more likely to overwhelm stormwater infrastructure than the same inch of water falling over 24 hours—a problem for places like in Pittsburgh, Pennsylvania, where storms have gotten significantly wetter over the past half century. “The long and short of it is: more intense and more frequent,” says Tony Igwe, senior group manager of stormwater at the Pittsburgh Water and Sewer Authority, which is sponge-ifying the city. “There’s a lot of work going on not just in Pittsburgh, but especially in the mid-Atlantic, to really look at those numbers in the next few years.”