HomeNewsGates Foundation contributes $1.2B towards the fight to end polio worldwide
FeaturedNews

Gates Foundation contributes $1.2B towards the fight to end polio worldwide 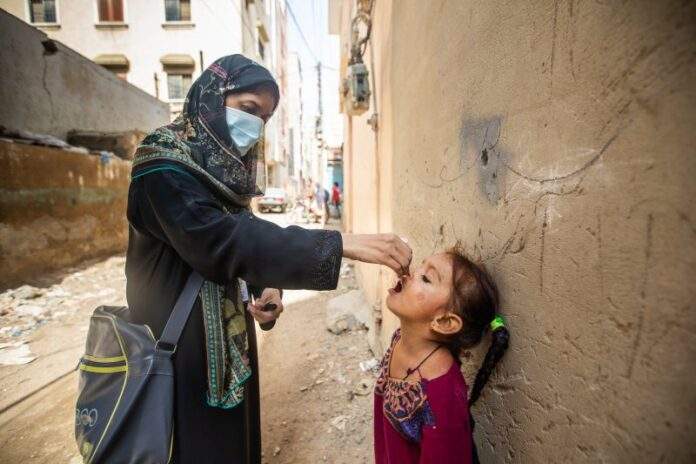 The Bill & Melinda Gates Foundation on Sunday announced a $1.2 billion commitment to aid an effort to eliminate polio worldwide. It is an endemic disease in Pakistan and Afghanistan, and has recently been reported in New York and the United Kingdom.

The pledge was made at the World Health Summit, which took place in Berlin. These funds will be used to support the Global Polio Eradication initiative (GPEI), the driving force behind the Polio Eradication Strategy 2020-2026. The Gates Foundation, based in Seattle, has contributed $5 billion already to GPEI.

Lifelong paralysis or death can result from polio. The highly contagious virus spreads through person-to-person contact via the droplets from an infected person’s sneeze or cough or from their stool.

“Polio eradication is within reach. However, this disease continues to be a menace despite the advances we have made. Working together, the world can end this disease,” said Bill Gates, co-chair of the foundation, in a statement.

GPEI calls for $4.8 Billion in funding. This will allow for vaccinations to be given annually to 370M children and increase other health care services.

“Polio workers have been especially vital in responding to COVID-19 and reaching communities about the importance of vaccination against preventable diseases,” said Melinda French Gates, the foundation’s other co-chair.

GPEI launched in 1988 when polio was found in more than 125 countries and caused paralysis of 350,000 people annually — mostly young children.

GPEI was credited with cutting the number of polio cases in Pakistan by over 99% since then. Reasons for continued spread include “interruptions in routine immunization, vaccine misinformation, political unrest, and the tragic floods in Pakistan in 2022,” according to the Gates Foundation.

Share
Facebook
Twitter
Pinterest
WhatsApp
Previous article
Why this NBA team is launching its own streaming service: Steve Ballmer on the strategy behind ‘ClipperVision’
Next article
Uber partners with Leafly for marijuana delivery in ‘milestone’ for cannabis industry