HomeNewsVeeve, a smart shopping cart manufacturer, adds $6.7M in its basket to...
FeaturedNews 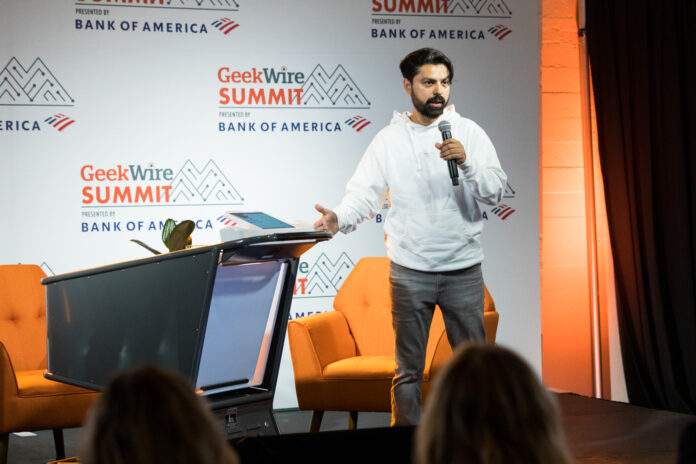 In order to bring its innovative retail products to more grocery stores, the Seattle startup has raised $6.7million in funding.

Veeve was founded in 2018 by former Amazon managers. It is one of many tech companies that aims to change the way shoppers shop for, find, weight, scan, and pay for items. Veeve’s technology detects and scans items as they’re put into a cart, and keeps a running tally on a built-in display, with a payment system that lets shoppers avoid checkout lines, without using a separate app.

While the company’s first product was a full shopping cart, it now offers a “Plug & Play” device that can turn regular shopping carts into smart carts. Veeve will also be releasing a lighter, 50% larger version of its original product. It can be used for up to 18 hours per day and is equipped with a rechargeable battery. The cart also has weather resistance.

Veeve in May announced a deal to put its full smart carts in some Albertsons stores in the United States. The Veeve smart shopping carts can be found at six U.S. retailers, including multiple locations at each store. According to CEO Shariq Saidiqui, the average number of carts at each store is about 15-20.

“This new funding will allow us to continue our rapid growth by speeding up our product roadmap and scaling globally,” Siddiqui said Thursday in an email to GeekWire.

He was seen last week onstage at Seattle’s GeekWire Summit with his cart as part of Inventions We Love.

“Retailers need to understand how customers are interacting, not just online,” Siddiqui said at the Summit. “But we have absolutely no idea how customers are engaging, what items are going out of the cart before the shopping trip is completed. With the power of this, the retailers have a lot more that they can do with customers.”

Veeve competes with Amazon, which announced a new version of its Amazon Dash smart shopping cart in July, saying it plans to start rolling out the Dash 2 to Whole Foods Market stores.

Veeve’s new investment round was co-led by Foothill Ventures and Creative Ventures, with participation from XRC Labs and Food Retail Ventures, as well as existing Veeve investor Flying Fish Partners.

This 15-person firm has received approximately $9 million in financing.