HomeNewsThe Metaverse Could Be Better without Virtual Reality
FeaturedNews

The Metaverse Could Be Better without Virtual Reality 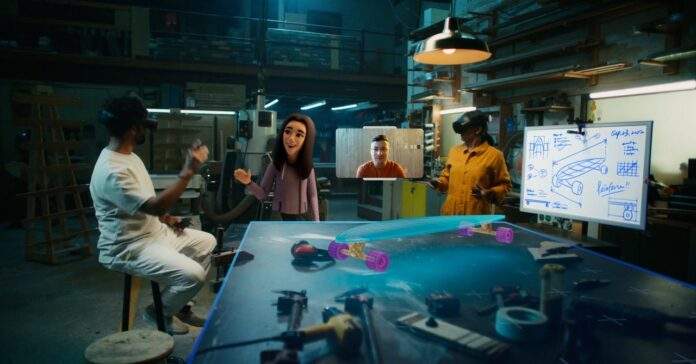 Another part of the keynote was a scripted conversation between Meta’s vice president of metaverse, Vishal Shah, and his boss, chief technology officer Andrew Bosworth. Shah extolled the many virtual worlds that Horizon Worlds has created and he ravaged about how wonderful it would be if people could access them via the internet. The experience, he says, “takes their ability to connect people to another level.” But since your web browser and phone don’t provide an immersive VR display, it’s the Similar level—only you’re experiencing it in steerage, while Quest-equipped users travel in first class. Boz hinted at why Meta would want to invite people to that second-class experience: ”We can’t give everyone an immersive experience,” he said, “But it’ll be a while before there are enough headsets out there.”

Whether or not that’s the right approach, it’s one that some VR startups have come around to. As hard as it is to give up a fully immersive VR experience, the audiences aren’t there yet. Mesmerise is one company that has made great investments to avoid the dangers associated with a mixed experience. “The perfect scenario is everyone in VR,” says CEO Andrew Hawken. “Everyone giving their undivided attention—you’re all in it together.” But even Hawken admits that too many people think that donning headsets isn’t worth it, and Mesmerise is working on a 2-D interface. “The experience is compromised, but we don’t want to exclude people,” he says.

Spatial was another VR startup that made this decision some time ago. “We thought the computer of the future would be a pair of glasses,” says CEO Anand Agarawala. His company first built for Microsoft’s HoloLens, and then for Quest headsets, but Spatial never saw its worlds populated with crowds of users. “People were reluctant to put on a headset,” Agarawala says. Even when people owned the hardware, when it was time for a meeting, some wouldn’t have it handy, and others were frustrated by setting it up. Zoom or Teams was much more convenient than having to set up a meeting. Agarawala devised a way to connect with his virtual workspaces using non-VR technology. It’s not immersive, but people can log on in five seconds. He says that 80 percent of his clients use either the internet or their mobile devices. Those people don’t feel bad that they’re not getting an immersive experience—because they’re in the majority.

Could it be that the metaverse doesn’t require VR after all? For now, even with headsets, the current technology leaves some people cold—apparently including people paid to work on VR at Meta itself. Recent internal memos written by Shah and leaked to the Verge admit that Horizon Worlds is plagued with “quality gaps and performance issues.” And Meta is having difficulty getting its own engineers to meet in VR, despite orders from above that they must do so. “The simple truth is, if we don’t love it, how can we expect our users to love it?,” Shah wrote. Maybe they’ll love the web version more.