HomeNewsLiveWire’s S2 Del Mar EV Bike Is a Fun Ride While It...
FeaturedNews 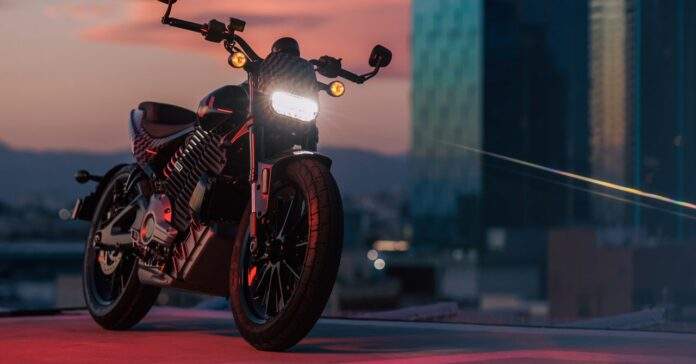 Once across the bridge, we find our way to the Palisades Parkway, a series of sweeping curves bordered by forest running alongside the Hudson River that’s a favorite of test drivers. Here I get to switch between the other ride modes—Sport, which dials up the power and dials down the traction and slip controls; Eco, which maximizes smoothness and efficiency; and Road, a balance somewhere in the middle. Switching modes while riding is simple—just press a button within easy reach of your right thumb—and seamless. Del Mar is also the first bike that offers over-the-air software upgrades. This could allow for new modes and ways to personalize them.

Wheelie control operates when in Road mode, but since it’s not installed here, I open up the throttle just as much as I dare. It turns out that this is not too much. At 50 or 60 miles an hour, the bike assumes that if you’re giving it some “gas,” you mean it. Even though I get only 184 feet-pounds torque, it takes me a quarter turn to feel nervous. Interestingly, at this speed, the difference in acceleration between the different ride modes doesn’t feel all that big; even in Rain, the Del Mar will be plenty responsive if you need to give it a sudden kick to get past an erratic driver. I don’t come anywhere near its top speed (as yet unstated), but I can leave any of the cars careening down the Palisades at a standstill. LiveWire claims a sprint time of just 3.1 seconds from 0-60.

We cross the George Washington Bridge again, and I switch to the LiveWire One. It’s more than 100 pounds heavier than the Del Mar’s 431 pounds, and it feels a tad more solid going over the appallingly rutted paving of FDR Drive. The electric whine of the LiveWire One is also louder. The company designed the LiveWire One’s engine sound to be noticeable, which may be a safety feature, but I could imagine it getting irritating on a longer ride; not so with the Del Mar, whose sound practically vanishes behind the wind noise once you’re up to moderate speeds.

The One has an obvious advantage in urban traffic. It’s nippier when slaloming in and out of lanes and around obstacles, and the more upright riding position feels more relaxed, more comfortable, and safer—I feel more aware of my surroundings. And once again, it’s a lot calmer to handle in stop-start traffic on potholed roads than an ICE bike.

However, there is no fast charging

This is all by design. This bike is specifically designed to be used by urban cyclists. It offers a maximum range of 110 miles in town, and while LiveWire hasn’t yet said what its highway range will be, an apples-to-apples comparison with the One (146 miles urban, 95 highway) suggests it could be about 70 miles. Moreover, unlike the One, which can go from zero to full charge in about an hour, the Del Mar surprisingly doesn’t offer DC fast charging, but only Level 1 and Level 2, meaning it could take several hours. While the Del Mar is capable of charging up to 20% to 80 percent in Level 2, it’s not sufficient for most situations. The Zero SR/S can charge in as little as 60 minutes and has a 187 mile range. It’s comparable in price to the LiveWire One’s fast charging, but also has a greater range.

It all depends on your location and what you are looking for. My time was split between New York City, and San Francisco Bay Area. Public transport, or riding a bike or bicycle within Manhattan is faster and easier than driving or using a motorbike. For out-of-town riding, 70 miles gets me only part way up the Hudson Valley and not as far as the Catskills or the Hamptons—the kinds of places that those people who would shell out just under $17,000 on an electric motorbike might want to spend their weekends. For a day trip without a few hours to charge, I’m limited to 35 miles each way, which doesn’t get me very far out of the city.

In the Bay Area, meanwhile, the Del Mar would be fine for getting around San Francisco and the East Bay, but if you lived in one of those places and needed to spend the day in Silicon Valley, or vice versa, you’d run out of range—unless, again, you could leave it parked somewhere for several hours to charge. You would not be able to take the car on a trip that is more than a few hours north or south of the city.

The Del Mar doesn’t suit me. Which is a shame, because it’s a lovely bike. The bike is both powerful yet nimble and exciting while being forgiving. It also has great styling and an individual identity. If you live in the kind of city where getting around on a motorbike makes sense and don’t care about longer trips, it could be the one. Rest of us will need to wait until battery technology is up-to-speed.