HomeNewsFinale of Elevator Pitch: 4 entrepreneurs will compete on the GeekWire Summit...
FeaturedNews

Finale of Elevator Pitch: 4 entrepreneurs will compete on the GeekWire Summit stage. 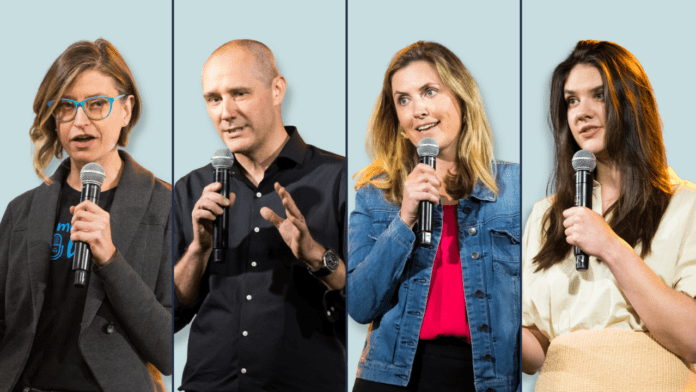 The season three finale of GeekWire’s Elevator Pitch featured four CEOs who rose to the top of our startup competition and landed on the GeekWire Summit stage last week.

Now in its third season, this video series — presented by WestRiver Group — follows startup leaders as they pitch their companies during the 32-second ride to the top floor of Seattle’s Smith Tower.

In their respective areas of future workplace, fintech and consumer products, the four finalist entrepreneurs defeated other entrepreneurs.

They took the stage at the GeekWire Summit to pitch their businesses in front of a live audience, including our panel of judges: Anthony Bontrager, managing director of WestRiver Group; Maria Colacurcio, CEO of Syndio and winner of Elevator Pitch season two; and Kirby Winfield, founding general partner of Ascend.vc.

These were the entrepreneurs that pitched:

You can watch the new episode of Elevator Pitch here, and find all of this season’s episodes here.

What was the correct call by the judges in the finale of season three? Vote now to vote for the pitch you think was the winner.