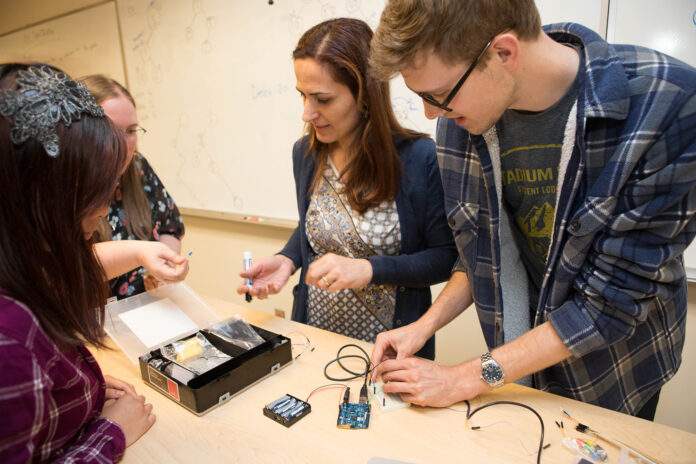 Amazon donates $3 million for colleges and universities in Seattle to support their computer science departments.

The Seattle College Foundation will also receive $1.5 million to help fund its newly launched bachelor’s of arts in computer science. North Seattle College welcomed its 20th class to pursue the degree this fall.

Amazon had donated $1 million previously to this effort. It helped finance the recruitment and training of a leading faculty member.

Amazon funds colleges that offer degrees in tech, which are typically less costly than universities. Additionally, they tend to attract a larger student population.

RELATED: You didn’t get into the University of Washington’s acclaimed computer science program. What now?

Bellevue College is the only Washington college so far to offer a bachelor’s of science in the field. The college tuition is generally lower than that at universities. A computer science student at Bellevue College pays $7,266 in tuition and fees per annum, compared with $12,076 at the University of Washington.

According to a report by the Computing Technology Industry Association, Washington, there are 333,000 IT jobs. This includes tech roles, as well as jobs that may require technical skills, and according to a report published in 2022 by CompTIA. Workers specifically in tech roles had a median salary of $124,653 — an income 147% higher than the state median.