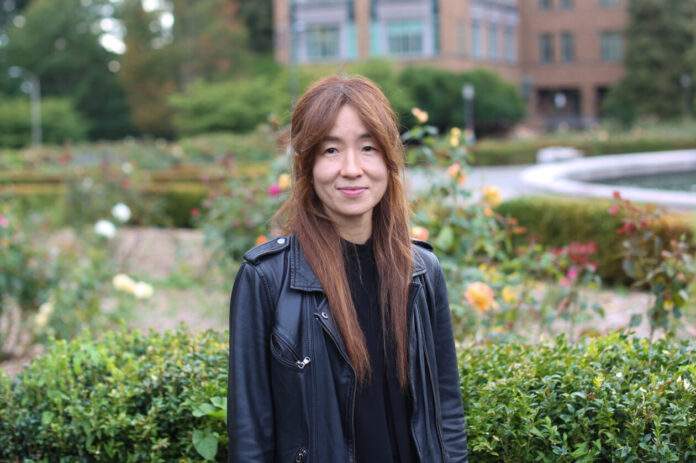 Choi is one of the 25 MacArthur Fellows 2022, and an expert on natural language processing. She is a researcher who aims to increase the abilities of artificial intelligence and computers to understand implicit meanings in human languages and perform commonsense reasoning.

“This is such a great honor because there have been only two other researchers in the natural language processing field who have received this award,” Choi told UW News.

Choi spoke to GeekWire earlier this year about the debate over a robot’s ability to have human-like feelings. She also helped lead research on AI2’s Delphi tool, a machine ethics AI designed to model people’s ethical judgments on a variety of everyday situations.

“Traditionally, NLP models are grounded or programmed via textual inputs only,” reads her bio on the MacArthur Fellows Program website. “Choi has designed models that use both textual descriptions and images of objects to reinforce one another, in a manner similar to the way humans acquire knowledge about the world.”

Shwetak Paltel, a 2011 UW computer science professor, and Yoky Moatsuoka (2008) were other recipients of MacArthur grants.

The grants are described as “no strings attached” and are paid out in equal quarterly installments over five years. The award goes to “talented individuals who have shown extraordinary originality and dedication in their creative pursuits and a marked capacity for self-direction,” according to the MacArthur Foundation.

“Although nominees are reviewed for their achievements, the fellowship is not a lifetime achievement award, but rather an investment in a person’s originality, insight, and potential,” the foundation notes. “Indeed, the purpose of the MacArthur Fellows Program is to enable recipients to exercise their own creative instincts for the benefit of human society.”

Here’s a description of Choi’s work from the foundation:

“Because it involves implicit knowledge of how the world works, the ability to reason or make inferences is not possible with existing AI systems. Choi realized that rules-based models such as logic or conditional probability are too restrictive to accommodate the complexity of commonsense information and thinking. To develop reasoning and commonsense knowledge, Choi uses NLP or computational methods to understand language.“