Microsoft brings iPhone photos to Windows 11 via Apple iCloud … will iMessage be next? 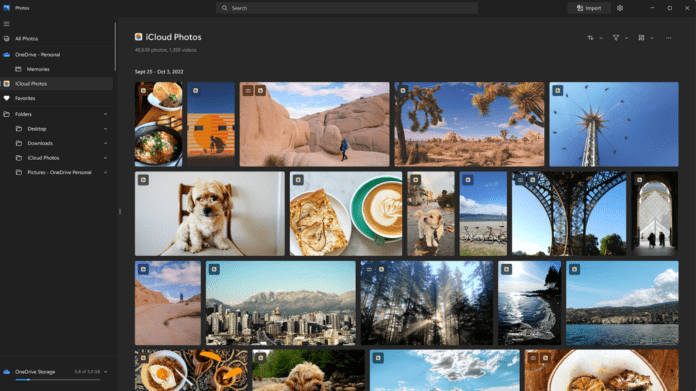 Microsoft today announced that PC users can now access photos taken with their iPhones through the Windows 11 Photos App.

It’s a significant move to bridge Apple’s popular smartphone and Microsoft’s widely used operating system. It also highlights what continues to be a missing link: the inability to access Apple’s proprietary iMessage protocol or Messages app natively from Windows machines.

It can be difficult for iPhone users to switch smoothly between Apple Macs or Windows PCs.

Windows users cannot access Messages but Mac users have it. Some Windows users choose to use Messages. Android devices so that they can text via their computers using Microsoft’s Phone Link app or Google Messages on the web.

Similar to how Google Photos is used on the internet, it has been a very popular way of linking Windows computers and photos from the iPhone. However, the Windows 11 Photos feature offers a direct link.

The photos integration will be “seamless,” promised Panos Panay, Microsoft chief product officer, announcing the news this morning along with a series of updated Surface devices and accessories. Windows 11 users need to download the iCloud app from Microsoft and sync their iCloud photos.

Microsoft claims that the integration will be available to Windows Insiders and all Windows 11 users starting immediately.

Microsoft also announced that Apple Music would join Apple TV on Xbox consoles. Both apps will launch officially on Windows next year with preview versions in the Microsoft Store on Windows PCs.