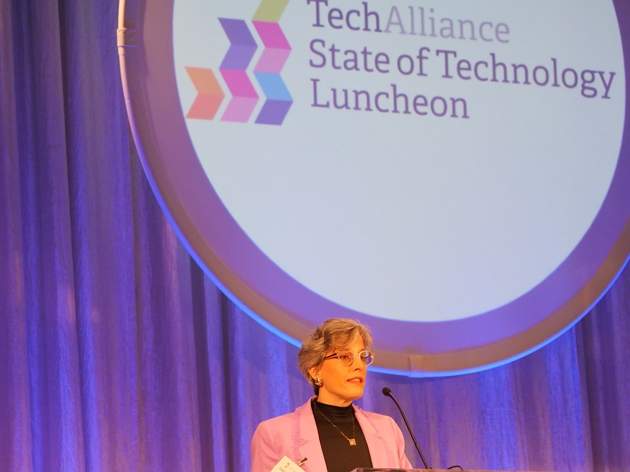 The money will go toward the group’s Enterprise Capital Alliance program that connects corporate venture capital with Washington state startups.

Amazon and Microsoft are two examples of large corporations that have invested in small businesses.

During the five year period between 2016 and 2020, Washington startup companies landed 237 corporate VC transactions, compared to 4 321 in California, and 1 221 in New York.

Washington is often behind these states when it comes to total venture capital funding. PitchBook reports that California startup companies closed 1,080 transactions in the second quarter of 2018. New York posted 467 deals while Washington had 120.

But the Technology Alliance, which launched in 1997, believes its home state should be attracting more corporate venture dollars given the region’s leadership in sectors such as aerospace and life sciences.

Laura Ruderman is the CEO of Technology Alliance. She noted an increase in corporate venture capital fund investment over the past few years.

“We want to ensure that Washington state doesn’t fall any further behind as this sector continues to ramp up,” she told GeekWire.

Ruderman (an ex-Washington state senator who assumed the role of CEO in 2019) said that private investors make different decisions than corporate capital funds and that decision-makers tend to be more varied than traditional venture capital.

“This can lead to opportunities for a broader set of startups, so it’s important that Washington state not be left behind,” she said.