HomeHardwareWhat is the impact of SD Card speed? This is What You...
FeaturedHardwareNews 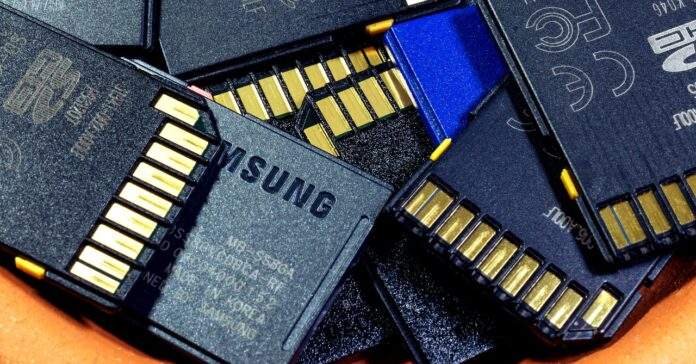 Confusingly, there’s also the UHS bus type. These cards are likely to be more important for SD cards that can run extremely fast. UHS-1 cards can only theoretically handle 104 Mb/s while UHS-2 cards are capable of handling 312 Mb/s. These aren’t necessarily their actual speeds, just what the connector is capable of. If you’re doing something heavy-duty, like recording 6K or 8K video, you’re probably going to be looking for a UHS-II card. They are often indicated with the Roman numeral II or I.

It’s important to keep in mind that all of these symbols are just baselines. Most of the time, you can find actual speeds on a card’s listing page or its packaging, if not on the card itself. Be sure to check because sometimes the gap between minimum ratings and the card’s actual speed can be quite large.

Keep in mind, SD cards can have different speed for writing and reading. If you need to take a dozen photos every second, it won’t matter if your card can read data really fast, it needs to Write It is also fast. Unfortunately, this can mean that despite the bevy of symbols and icons on your SD card, the best way to make sure it meets your needs is to just look up that card’s speeds directly.

Which SD card should I choose?

After all of this you might instinctively want to get the fastest SD card possible. However, there are some trade-offs. For the same amount storage, faster SD cards are generally more expensive. Make sure to consider your specific use cases. If you need to transfer large amounts of data at once—either by storing lots of media to the card or reading huge amounts of data from the card—a faster card may help. A slower SD card might be cheaper if you need more storage.

For example, here’s a 128-gigabyte SD card designed for video work that can record up to 8K footage (depending on the format) and can read data at speeds up to 280 MB/s. The card is normally $150. But here’s another 128 gigabyte SD card that can “only” read data at up to 170 MB/s—it usually costs $45. You might end up paying a hefty premium for higher speeds, so it’s better to balance out what’s best for you.

It is also important to look at what the device does. The Nintendo Switch can only transfer data at 95 MB/s so SD cards that are faster will not work on the device. Besides, you’ll get more use out of additional storage at that speed anyway. Speed is important, but it isn’t the only factor that matters.