HomeNewsMars robot continues to live despite all odds
FeaturedNews

Mars robot continues to live despite all odds 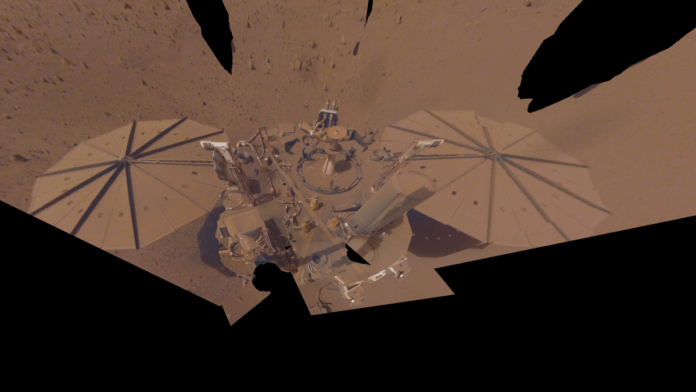 It was due to shut down in late summer. The iconic Mars robot had been hampered by dust that had accumulated and blocked its solar panels, preventing it from charging fully. NASA maintained that their 2018 mission was a great success. InSight’s meteorological reports have been updated daily, more than 1300 extraterrestrial earthquakes were recorded, the large liquid core of Mars has been detected, and researchers have been able to map its inner geology. It’s not over yet.

NASA was astonished at the results it found on Mars

Scientists want InSight’s quakes to be recorded for as long possible. However, InSight is now facing a large dust storm. InSight first saw the storm in late September, approximately 2,175 km away. The robot was not affected by it. InSight’s solar panels have struggled to get enough sun in recent weeks as the storm has grown in size and increased Mars’ atmospheric dust around it by 40% in the week since. NASA says InSight’s energy consumption has dropped from 425 Watt-hours per Martian Day (or sol), to just 275 Watt-hours each sol.

InSight’s seismometer will be turned off for the duration of this dust storm. This is to conserve energy. The robot won’t be able continue to record marsquakes during this period. However, its operators hope that the move will allow it to extend its energy resources for longer than the next few weeks.

InSight will not be blown away by the wind from the dust storm, so don’t worry if you are concerned. NASA claims that even though Mars’ winds reach 60 miles an hour, the Martian atmosphere is only half as strong as Earth’s storms. Although the robot is not likely to be damaged, it will still have to navigate through dusty, messy air in order to find sunlight.