HomeNewsElectric Trucks Which Are Worth The Wait!
FeaturedNews

Electric Trucks Which Are Worth The Wait! 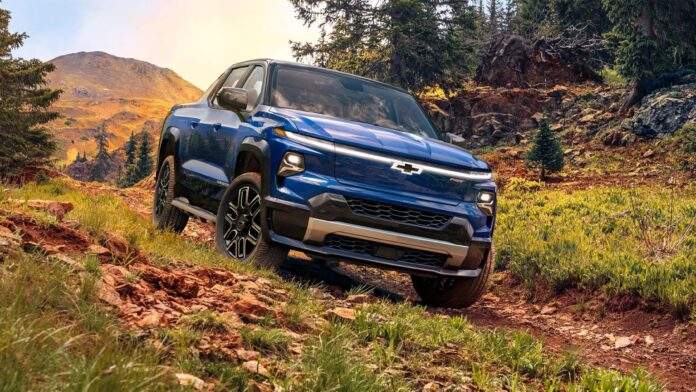 If you’ve had your eye on electric vehicles but want a truck, you’re finally in luck. While electric trucks can be found at big brands such as Ford or GMC, there is also a growing list of other manufacturers.

Americans love trucks which is why they’re the best-selling vehicles stateside. There are many options available on the market, thanks to the shift towards electrification. The Rivian R1T is a perfect example, delivering fun new features and giving more people a reason to get a truck. Three electric trucks are coming soon, which could make it worth the wait.

What Electric Trucks are Available Now?

Before diving into actual trucks, we wanted to talk about the pros and cons of electric trucks. There’s a lot to love about electric trucks, like the new Ford F-150 Lightning, but it’s not perfect.

For years, America’s best-selling truck has been the F-150, and Ford released its electric variant earlier this year. So far, it’s a huge hit. However, it is not without its challenges. Towing becomes a challenge when you attempt to pull a boat. Truck buyers want to do truck things, and sometimes that’s hard to do with an EV.

Don’t get me wrong. This isn’t just a Ford problem; it’s an EV problem. It doesn’t matter who solves the problem first, or has enough batteries to haul without causing range anxiety. They will be selling tons of trucks.

Electric trucks are big and powerful, but they’re also costly. Sure, Ford started out asking $39,990 for the F-150, but you’ll never find one for that cheap. GMC’s Hummer EV is over $100,000 and out of reach for most, and Rivian’s R1T recently received a big price hike making it over $70k.

Last but not least, supply and demand. The GMC Hummer EV is sold out until 2024, Ford is making as many F-150 Lightning’s as possible, but inventory is so low that dealers are adding insane markups and price gouging. Ford wants to reduce this problem. Rivian too is in the same boat trying to create vehicles as quickly and efficiently as possible.

The next few electric truck releases won’t solve any of those problems instantly. Still, at least we’ll have more options, which could add competition and lower prices, not to mention potentially better range as technology improves. These are some of the trucks that I am interested in.

Next major electric truck releases will be the Chevrolet Silverado EV, and GMC Sierra EV. It’ll run on the new GM Ultium platform, and being a little later to the market means GM is in a position to see what’s available, then beat out the competition in critical areas while trying to slot in at an aggressive price point.

The Silverado EV made its formal debut earlier this year, but it won’t hit the streets until sometime in the spring of 2023. We still have months to wait until we learn more about the Silverado EV, however, it is expected that we will be able to see some of its features in 2023. it’ll start around $40kSimilar to F-150 Lightning. However, we’re reasonably confident GM will raise the base price, not to mention initially offering the higher trim variants.

RST First Edition will take the Silverado Electric Vehicles (EVs) to the streets, but unfortunately it is not the 2024 Silverado. It has an impressive 400 mile range and the best battery. It’ll retail for over $100,000, but by the summer months we’re hoping for more affordable trim options.

According to GM, the Silverado EV was “designed from the ground up to drive circles around the competition” as the company looks to quickly become a leader in the EV space and take Tesla and Ford head-on. The company may have some more tricks with its partnership with a research and battery manufacturer.

Silverado EV should be able to travel 400 miles with a single recharge. The EV will have plenty of power and 4WD steering, as well as the capability to lift 20Klbs. There are many unique features to the EV. GM’s CEO Mary Barra was quoted earlier this year saying the Silverado EV will be “unmatched” when you compare all it offers vs. the competition. We’ll have to wait and see.

If you’re okay with waiting even longer to get your first electric truck, the RAM 1500 EV will It will be well worth it. This company is known for its huge investments in almost everything. From the RAM Rebel, TRX, and electric Dodge Charger.

The all-new 2024 RAM 1500 EV will debut in November 2022, but we don’t expect production to start until late 2023, with a 2024 release date. With the extended launch window, there is more time for company to rectify. RAM CEO Mike Koval has been taking shots at other automakers and making bold claims about the electric car. Here’s what he had to say recently.

“More and more truck intenders are open-minded to the idea of electrification in their pickups, but they’re not willing to sacrifice our most core attributes that make a truck a truck, like towing, like hauling, and in the future, range and charge time. In other words, ‘trucks still need to do truck things’ is the message that we’re receiving” through feedback to date.”

An electric truck should not have any difficulty to pull a trailer over 10,000lbs. The RAM 1500EV is capable of delivering. Unfortunately, we still don’t know hardly anything about the electrified RAM, but we’ll update this post as soon as the company shares more details. RAM lovers who love the sound of their horns should be patient up to 2024.

The Tesla Cybertruck must be mentioned last, but definitely not the least. Although there’s no doubt about the existence of these vehicles, There were other trucks that could be used in the same spot. But, Cybertruck was what got electric truck fever started. It made automakers take EVs seriously and shift to high gear.

Love it or hate it, the Cybertruck is worth waiting for purely because it’s a Tesla. Elon Musk makes bold and silly claims, but the company is aware. how to This is a great way to generate excitement and make people love their vehicles. Cybertruck is powerful and loud. This will turn heads everywhere. Well, that’s if it ever gets released.

Tesla changed some things after receiving 650,000 reservations. Tesla reduced the size of its truck to make it more suitable for traditional garages. Rivian’s GMC and Rivian also had 4-wheel steering, and they added tank turn.

There’s no way you’ll ever get the Cybertruck for $39,000 in the current market, but it’s still worth waiting for. Elon Musk recently stated that production will begin in 2023 and the design of the Cybertruck would be completed by the company before the year ends.

If everything goes according to plan, which usually isn’t the case with Tesla, the Cybertruck should hit the dirt and streets sometime next summer.

There are many electric trucks on the horizon, which you should be excited about. You should reserve your vehicle now. It’s possible that you will be the one to change the market. When the RAM 1500 electric vehicle is released, we could be seeing a whole new market.

Either way, electric trucks are here to stay, will get better over time, and you’ll eventually have several options readily available.