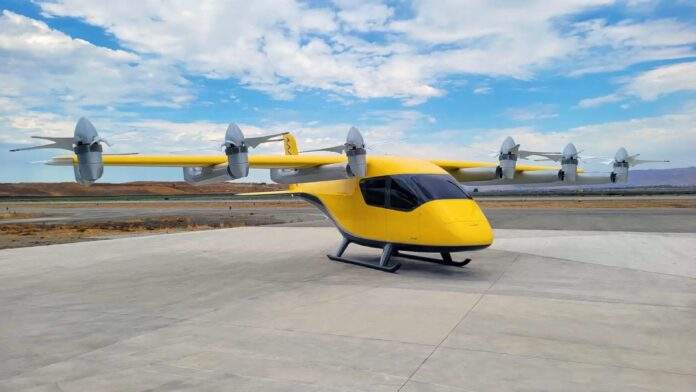 Wisk. air taxi startup The company, which once worked with Boeing in the past, recently unveiled its new electric-powered autonomous aircraft. Wisk Aero, which seats four people, is their sixth-generation design of craft. It aims to revolutionize inner-city transport and avoid traffic in the coming years.

We’ve seen a lot of progress over the last few years regarding electric aircraft, with Joby Aviation recently receiving FAA approval for test flights. However, Wisk is another “autonomous urban air mobility” company trying to do the same.

Recent unveilings of the 6th generation model by Wisk included an updated design and numerous safety features. Wisk stated that it will seek permission from the Federal Aviation Administration for passengers to be carried in a commercial aircraft taxi service. However, there are still several steps it’ll need to take before getting to that point.

Besides having no pilot inside, the Wisk Aero is unique because it’s an eVTOL (vertical take-off and landing) craft. Six fixed-position, electric motors at the wings’ back propel it vertically. Six more electric rotors are located on the front. These allow it to propel upwards at speeds of between 110 and 120 knots (138 MPH), reaching altitudes between 2,500 and 4,000 feet.

Wisk states that the aircraft’s current configuration has a range to 90 miles. It is ideal for fast inner-city transport due to its smaller wingspan of under 50ft. Also, Wisk mentioned the use of fast-charging technology that is similar to the EV market to recharge the battery in 15 minutes. That way, it’ll be fully charged and ready to go when its four passengers get off and another round jump aboard. Here’s what the company had to say regarding safety:

“Through a multifaceted approach—including autonomous flight with human oversight, a simplified design with fewer moving parts, fully redundant systems, and no single point of failure—Wisk’s aircraft is being designed to exceed today’s rigorous aviation safety standards of a one-in-a-billion chance of an accident.”

The Wisk Aero sounds like it is the first electric plane to seek an FAA Type Certification as a VTOL craft. This should make it more accessible than other crafts that require runways.

If you are curious, before offering commercial services, the FAA mandates that aviation companies obtain three certifications. The certifications are the FAA safety standard and a production certificate. It’s no small task, and currently, there are no electric aircraft in commercial operation.

Wisk will begin offering commercial taxi service in 20 of the most important global markets within five years, assuming everything goes to plan.